We’ve taken more than a week to putter across 250 miles of Florida’s panhandle coastline; we could have easily taken longer….

Its residents may feel like the region is the “Forgotten Coast” – it’s the only part of Florida in the Central time zone (instead of Eastern Standard Time) and is said to be the most conservative part of the state – but I kind of hope it stays forgotten because it’s lovely just the way it is.

Being “forgotten” or overlooked isn’t as romantic sounding as the “Emerald Coast,” but it beats the other nicknames we’ve heard for this area, including “Redneck Riviera” and “L.A.,” as in Lower Alabama.

Before we turn our noses south toward Tampa-St. Petersburg and beyond, here are some of our favorite images from Easter Week along the northern-most perimeter of the Gulf of Mexico. 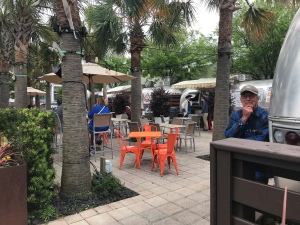 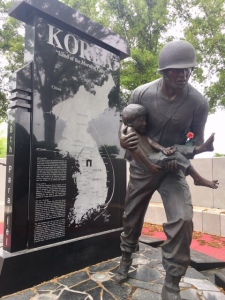 Georges cooking up a storm in Mike and Margaret’s lovely kitchen in Gulf Breeze:

Keven on the Gulf Coast National Seashore between Pensacola and Navarre beaches: 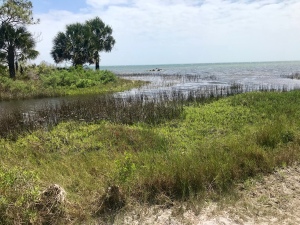 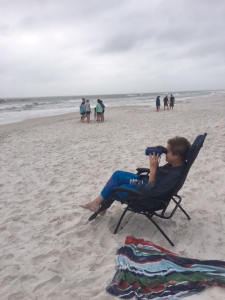 At St. George Island State Park, with and without the magnificent Great Blue Herons: 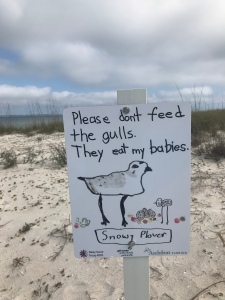 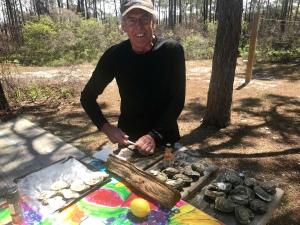 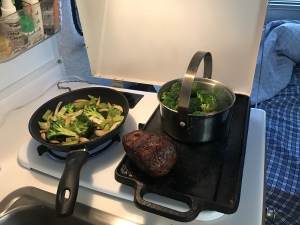 We spent an entire afternoon at our St. George campsite watching a Cardinal, Spotted Towhee and Gray Catbird take turns nibbling – and fighting one another off – G’s discarded apple core. (The latter two were more camera shy than the former….)

And finally, a selfie: We couldn’t be happier. 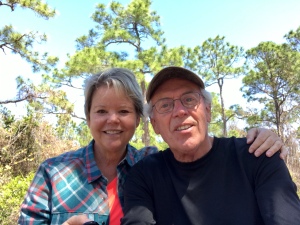 11 thoughts on “The Forgotten Coast of Florida”